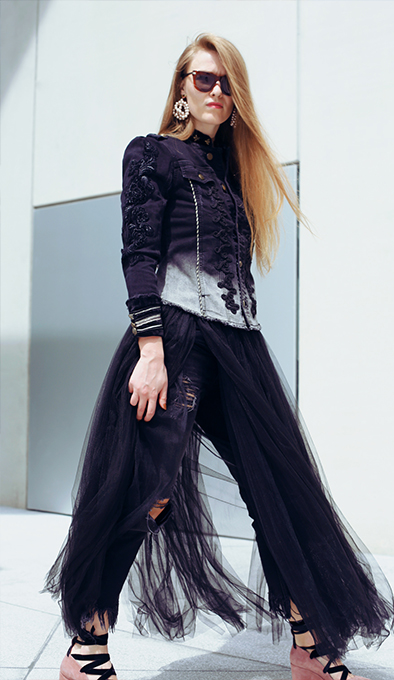 Milan based stylist and set designer ANGELINA LEPPER (@WomanWhoStyle) has been working in the industry for the past 10 years. Angelina works as Fashion Stylist & Art Directior as Set Designer for fashion magazines and commercial brands.


EDUCATION. Upon graduating from Architectural University in Russia with a Master degree in Architecture, she employed her architectural and space vision in fashion. In 2014 she won a scholarship from Marie Claire Magazine at DOMUS Academy in Milan Italia where she took a Master in Visual Merchandising and Fashion Styling.


WORK. Her success began from Off-White Fashion Show during Pitti Uomo where she assisted an American stylist Stevie Dance. After it Angelina worked as a stylist for THE TEN: NIKE ICONS RECONSTRUCTED, NIKE Х OFF-WHITE campaign. Together with Tyron and Frank Lebon they created pictures and fashion film with Virgil Abloh about a new collaboration. She styled a social campaign for The Binder Clip bag OFF-White with photographer Ivan Ruberto in Palermo.


Angelina Lepper worked with a legendary Giovanni Gastel for 30th Anniversary of the OROBLU brand. The pictures were printed in a book «Inspiration» and were exhibited during special event in Superstudio in Milan.

© all images are copyrighted and all rights are reserved to WomanWhoStyle.